For many years now, my husband and I have been dreaming about ‘what next?’ The conversation started in 2013, after our youngest left home for university, and for a while, the ideas came thick and fast, one crazy idea being replaced with the next. Move to Edinburgh or Prague? Sell up, get a motorhome, and explore Australia? Move to the east coast, or back to Alice? At first, I found the idea of uprooting myself unsettling. Professionally, it would mean starting all over again, or doing something completely different, and I wasn’t quite ready to shed my skin and step out of my comfort zone.

Nor, it seems, was my husband. He became engrossed in a local project, so we stayed put and the dreams took a momentary back seat. When the project came to an end, the ‘what next?’ obsession kicked back in with a vengeance. This time, my husband really was ready. Me? Not so much! And yet, I knew from all the signs and whisperings from Spirit that I was being asked to let go of who I was… to have the courage to lose sight of the shore so that I might discover new horizons. Somehow I made it through last year in one piece, but there were many times I broke down in tears because I was afraid and my husbands enthusiasm was pushing me to my limits. I felt like I was trying to stop him from leaping empty handed into any void he could find whilst simultaneously coaxing myself closer to the edge.

The year started innocently enough, with me finally tackling the unfinished paint-job in the upstairs bathroom. Before I knew it, my husband had arranged for the entire house to be painted professionally… and within a month, the new coat of paint somehow evolved into a complete renovation: kitchen, floors, built-in wardrobes and more. Blink, and I have a new house! My husband certainly doesn’t drag his feet, but I dug mine in fiercely when he started talking about selling up and buying property in places he’d never been to. Tasmania, Tasmania, Tasmania… was the echoing mantra being whispered in my ear. He wanted to be cold. Understandable, when you live in Northern Australia!

We compromised. He promised not to suddenly buy a property he’d never seen in a place he’d never been to and I happily agreed to moving, as long as we could go travelling and get a feel for the places he’d fallen in love with while surfing for properties on-line. Tasmania, it turns out, wasn’t it. Neither was East Gippsland, but we had to go there to work this out. You can read more about this epic 5 week adventure in a series of blogs I wrote on my wildflower site. (Wildflower site? For me, travel = finding wildflowers)

My first blog “From mountain devils to coastal pigfaces” tells the story of the trek between Sydney and Merimbula. From here we crossed the border into Victoria. “From Pelicans to Paper Daisies and Love on the Grass Courts” takes us from Gypsy Point and Mallacoota, through the alpine mountains covered in summer wildflowers all the way through to Melbourne, in time for a big family party. The third blog, “Finding Lothlorien”, recounts the story of rediscovering my early childhood home in Tasmania.

For me, this 5 week journey wasn’t just my favourite adventure so far (it hands down beat all the overseas travel), it made the idea of moving real. Finally I was able to picture myself in a new place, living a new life. Tantalising hints of a new identity and new possibilities coaxed me out of just humouring my husband and holding space for him, into full-blown enthusiasm and hunger for change. Finally we were on the same page, but we both knew that we hadn’t found our new home yet and some financial realities were kicking in; this meant dreaming smaller and thinking outside the square.

Come March, we were off exploring again. My husband had finally relaxed the reins on his relentless mission to ‘get cold’ and we set off on a journey to check out northern NSW. There was one tiny little place Stephen had discovered on the map that just kept calling him back, time and time again, and it was time to meet this beautiful place in person. Enter Nymboida, stage left, dressed in misty cloud and soaked in heavy rain. Gorgeous!

The first property we visited, we left the car on the side of a dirt road and waded thigh-deep through two fast-flowing river crossings in drizzling rain, not game to risk taking the car through, especially given we didn’t know how much higher the rivers were going to rise. Are we going the right way, we wondered? Was the property even within walking distance? The craziness of it all was the best part of the fun. There was no phone reception so we traipsed on, hoping we were taking the correct turns at intersections and then suddenly… there it was!

A charming octagonal wooden house, with the owner smiling as we puffed our way up her steep hill. “You passed the first test!” she called. We had no idea what she meant until she explained that she gets city-goers visiting who think “What a sweet house!” but they have no concept at all about the reality of living remote, getting cut off when the roads flood, the very small power system, the outdoors compost toilet and so on. We were soaked to the bone but the weather hadn’t put us off, which was a good sign in her books. This lovely lady was a feng shui consultant and a healer, in a very down-to-earth kind of way. My kind of person.

We had a warm cup of tea, and then our host gave Stephen a healing because he’d slipped off the edge of one of the river crossings and bruised his thigh. “One of the best healings I’ve ever had,” he declared the next day, surprised at how quickly his body was recovering. We loved this octagonal house because it reminded us of the house my father had wanted to build at Lothlorian, but we were ideally hoping to find larger acreage with more bushland on it. 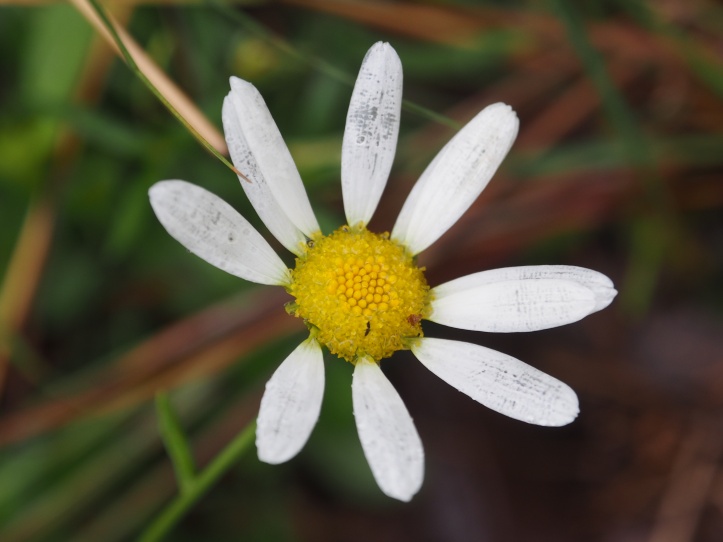 The next day we went to inspect the second property on our list, bhe real estate agent got us lost. He had no idea, really, where he was going. We were disappointed and dropped him back to his car at the intersection and went exploring in the mountains. On the way back, a car seemed to be following us. Then it began flashing its lights at us. We pulled over and discovered it was the real estate agent, excitedly explaining that he’d worked out where our property was. We went back to the intersection and he climbed into our 4WD and showed us the way.

We thought all our Christmases were coming at once until we got bogged in the very long driveway that led to the block. “Go forwards and try to get up on the bank” said the real estate agent, so we did and became even more deeply wedged in the oozing mud that was hidden beneath a deceptively firm road surface. So began the mammoth task of digging ourselves out. Our first round of rescuers got themselves bogged and unbogged three times before getting anywhere even close to our car. All hail the cable winch, and the friendly locals who helped us! 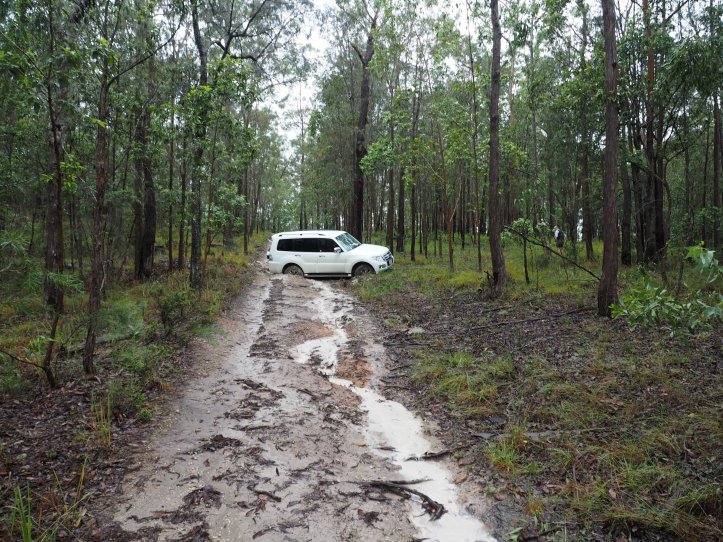 Being claimed by the bog monster meant staying put much longer than we’d planned, and it was a few days before we managed to get down to the block itself and see it in person. In the meantime, we went to visit a third property. The land itself was stunning, with cliff-face, running streams and adjacent nature reserves. I was in love, but at the same time felt slightly intimidated by the majestic scope of it, and not confident we could convince a bank to finance it.

I pushed that puzzle to the back of my mind and took an impromptu train-ride to Brisbane to do some magic with my sister and daughter, who had pointed out that the three of us were 44, 33 and 22 years old in age, so it might be a good time to do some ancestral family healing (on the 22nd of the 3rd, no less!). By the time I came back, all filled up with sista-love, Stephen had seen the bog-property and encouraged me to take a walk and check it out. He did his best not to seem too excited, because he didn’t want to influence me, but I got the feeling he liked it. 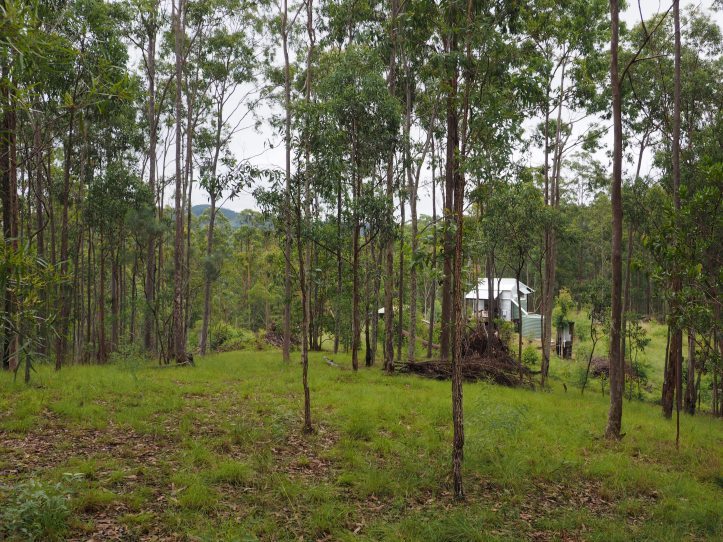 The walk took me up and down through small valleys over little bridges and finally led to a raised area that was cleared, with a tiny little modern hut on it, built top-end style. I felt isolated and nestled in, with trees all around me. There were no people-sounds, just birds singing and the wind blowing through the trees. The block had been cleared some 40 years earlier and this fit nicely with my dream of protecting native land and/or rehabilitating damaged land. More than anything, there was a feeling of being home; some special, indescribable something that went ‘click’. When I came back and told Stephen what I’d felt, he told me he’d felt it too.

Fast forward to now, and we are packing up the home we have lived in for the past 19 years and I am loving every moment that takes me a step closer to a new life. August 2017 will be my last month of work in our Palmerston home, with a closing down sale on the 2nd of September. Then we will be driving off into the sunset, for some retreat time at our new Nymboida home, which we are affectionately dubbing ‘Lothlorien Valley’. While we are there, I’m hoping to finish the biography I’ve been writing about my great uncle Peter, famous for his plant walks at the Rock and his role in the Western Desert Art Movement in the early 70’s. Sadly, Peter passed away recently. 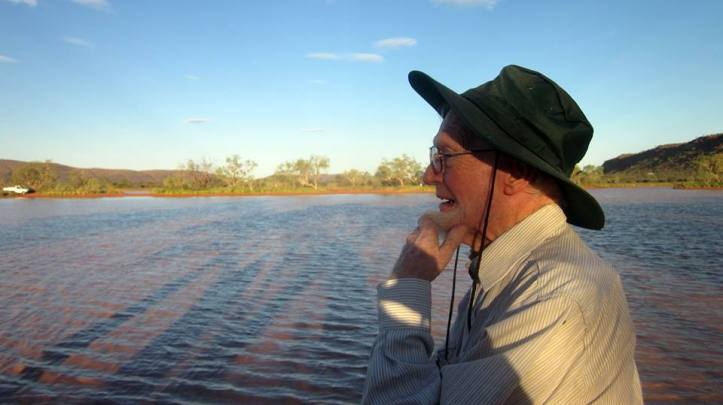 We’ll be back in the new year, ready for business as usual at a new premises in Darwin (location yet to be announced). I might be able to do some Skype work before I get back, but I can’t make any promises! And come sept-oct next year, we’ll most likely drive off into the sunset and do it all over again… retreat no 2, another biography, another happy Om returning to work in Darwin in the new year with batteries recharged.